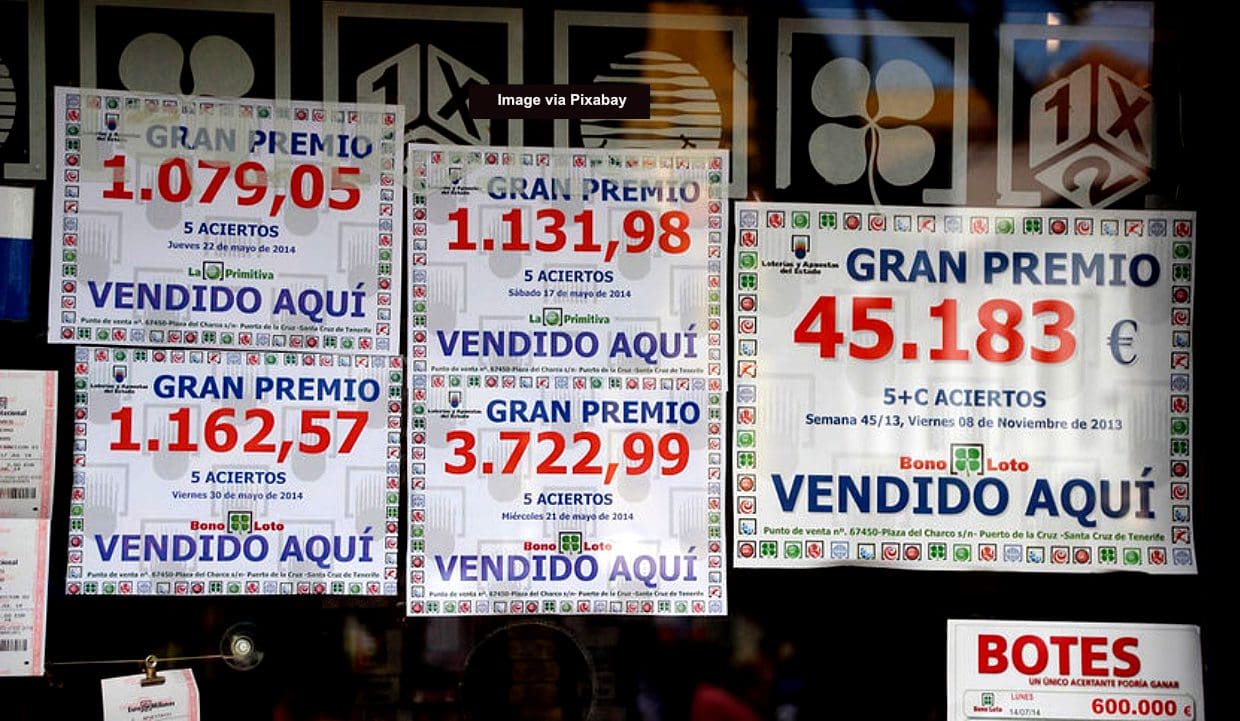 The warning was issued after two were arrested in Benidorm for alleged carrying out 'Tocomocho' scams.

Each year Spain holds a Christmas lottery called El Gordo (“The Fat One”) which offers eye-wateringly high prizes. This year the jackpot will be €2,408-BILLION!

El Gordo, and lesser lottery draws are used by criminals to carry out what’s called ‘Tocomocho’ scams, and today (Tuesday) Spanish outlet Información used the arrest of a man and a woman at a Benidorm campsite to issue ‘Tocomocho’ warning.

The word, according to The Nomad Today comes from the Spanish expression Tocó mucho which occurs when a victim is approached on the street by a stranger who claims to hold a winning lottery ticket but is unable to collect the money for some reason.

Scammers offer a fake or doctored winning ticket in exchange for a large sum of money. If the victim agrees, they accompany them to their home or bank, collect an agreed amount in exchange for the “winning” lottery ticket.

Información reports that the National Police arrested two alleged members of one of the most active Spanish gangs dedicated to carrying out “tocomocho” scam.

Investigators link the couple arrested with at least four scams involving more than €42,000. Elderly victims were targeted in the Benidorm area and Alicante.

The accused—a man and a woman of 35 and 32 years, respectively— are said to have targeted people aged between 70 and 80. One of the swindlers pretended to be illiterate or “insane” and used O.N.C.E coupons already drawn to make their victims believe they had won.

These types of scams are are reported on the rise, which is why the Citizen Participation Units of the National Police regularly give talks in day centers, civic centers or nursing homes, alerting mainly elderly people about the existence of this type of crime.

Agents give older people guidelines for prevention and how to act against them. It is also recommended that you immediately report the facts to the National Police if you have been a victim of one of these crimes to enable them to start investigation procedures immediately.

Tips from the Police to avoid scams

• Buy lottery tickets only in authorised sites, either in person or online.

• If you make your purchase on the Internet, save the emails related to it and take screenshots of the management if necessary.

• Buy lottery tickets only in authorised sites, either in person or online.

• If you make your purchase on the Internet, save the emails related to it and take screenshots of the management if necessary.

• Be suspicious of the messages you receive informing you that you have been awarded in a draw that you do not know and in which you have not participated.

• When you share a Lottery ticket with friends or family, photocopy it and write down who participates in that purchase and how much each of them plays.

• Try to keep the ticket in perfect condition, because its deterioration could create problems in case of being awarded. And remember that awards expire after three months.

• Take a picture of your ticket or write down in a safe place the number, the series and the elements that help you to identify it if you lose it.

• Report the loss or theft of your ticket at any police station, in addition to notifying Loterías y Apuestas del Estado.

• If you have been the victim of a scam, do not hesitate to report it by providing all the information you have about the perpetrators and their way of operating.

• And if you have not been a victim of fraud but have information about one, report it at www.policia.es

Tips from the Police to avoid scams

This is the title