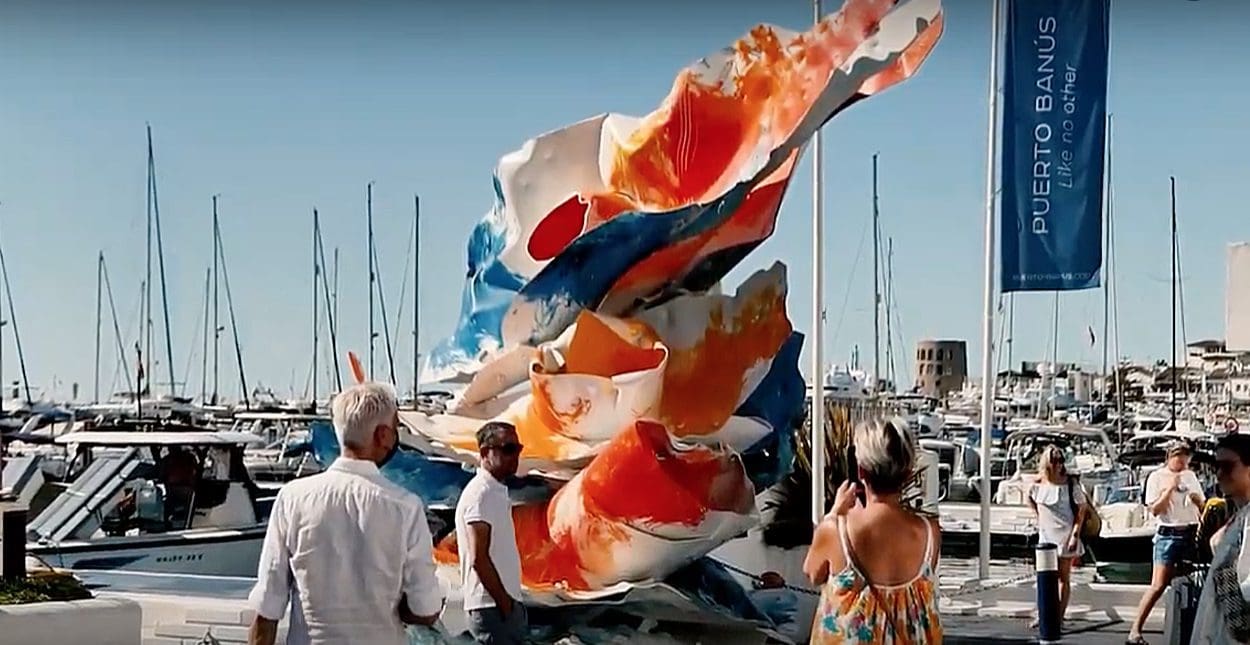 Works by the renowned Belgian artist Arne Quinze are currently being installed at Paseo de Poniente.

Following the success of an exhibition of Quinze’s monumental works in Valencia in 2019, it’s been revealed today (Thursday) by Spanish news outlet El Periódico that Paseo de Poniente which runs along Poniente beach has started installing the artist’s work.

Once all of his sculptures are put in place by the weekend, the exhibition—called “My Secret Garden“—will remain in place until May 2023.

“My Secret Garden” is made up of six extremely colourful sculptures, several meters high, made of aluminum.

Quinze will explain his works on September 15 from 7:30 pm during a guided tour of the exhibition, which will be open to all.

Benidorm’s mayor, Toni Pérez, said the pieces will be installed along the section of Paseo de Poniente closest to La Cala, from the intersection of Armada Española and Vicente Llorca Alós Avenues to Puerto RicoAvenue, where a large sculpture by Taiwanese artist Hung Yi of two swans, above, stands.

The addition of Quinze’s work has turned the Poniente beachfront into a vast outdoor gallery, for they complement existing sculptures by three internationally renowned artists such as Hung Yi, Juan Mejica and Arne Quinze.

In July this year, a series of Mejica’s works were unveiled on the beachfront, where they will remain until October 9.

This is an exhibition of the highest level made up of seven large sculptures by a sculptor of recognised national and international prestige who has works spread over five continents. Hundreds of thousands of residents and tourists will be able to admire the art over the next three months.

Few cities in the world can boast of having such a a large concentration of first-class sculptural art in a space in less than a kilometer.

She added that the works on display are an indication of “the great interest that our city arouses among artists and cultural promoters.”

Pellicer said that Paseo de Poniente and Mediterráneo Avenue and its surroundings are locations not only for avant-garde architecture and design but are also ideal for artistic creations.

Pellicer said of “My Secret Garden”:

This is second sculpture exhibition brought to Benidorm by the Ciutat de les Arts i les Ciències, which has also recently collaborated with the Department of Historical and Cultural Heritage to bring to the city the “The Towers of the Alhambra” by Cristóbal Gabarrón to the city.

Gabarrón’s exhibition, opened in mid-June, can be seen in the Plaza de la Hispanidad, Gambo Street and Avenida del Mediterráneo. It will run until January 2023.

We’ve partnered with top brands and services and may get a commission at no cost to you if you click on our links and make a purchase. Thank you for your support!

With such a huge selection of travel accommodation available, as well as different types it can sometimes be hard to know what to pick.  Find somewhere to stay from the list below or you can also visit our hotel deals page to start your search.