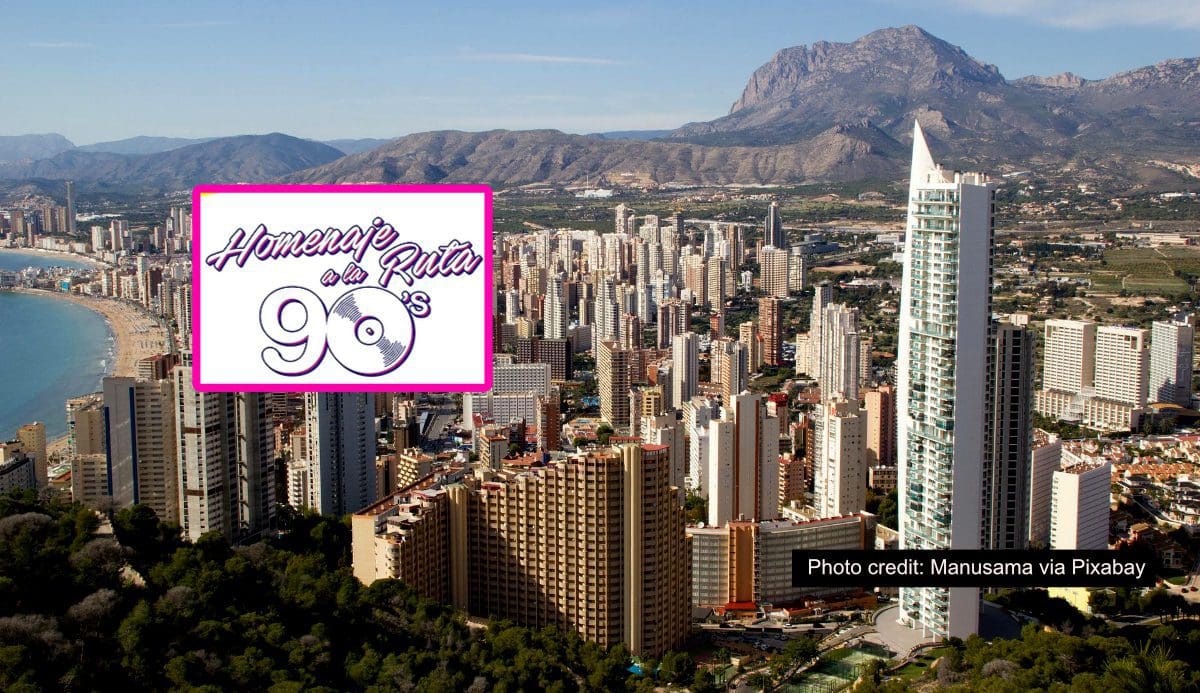 Benidorm prepares for a fantastic tribute to 90s music

Top DJs are set to gather in Benidorm’s famous Julio Iglesias Auditorium in Parque de l’Aigüera on June 18 to present a major event called “Tribute to the Route”, a celebration of the music of the 90s.

The event will feature 15 performances and follows a similar celebration held in 2019 in Valencia, before the pandemic.

Carrobles said the event—‘La Ruta’— will be a “the starting signal for Benidorm’s musical summer”, while Pérez said that audiences would come from all over the region.

It will no doubt enhance Benidorm’s reputation for being one of the best party resorts in Europe.

Among the celebrated DJs who will provide “bacalao” music for seven hours will be Danae, Jerry Daley, New Limit and Two Power. “Bacalao” is Spanish for cod fish, and was a slang term used by Valencian DJs who were central to the the region’s rave scenes from the 80s onwards.

More than 120 people collaborated to make the Benidorm event possible, including representatives of Benidorm clubs. Organizers revealed that those who bought their tickets when this event was announced before the pandemic will receive a CD with original “La Ruta” songs as a gift.

If you have not yet booked, your can get your tickets by following this link. Tickets cost €25.00.

A gift will also be given to the first 500 people who enter the auditorium, the doors of which will open at 4:00 pm. The music will start at 5:00 p.m. and end around 1:00 a.m. “to cause as little inconvenience as possible.”

An estimated 2,000 people are expected to attend the event.

• Disclosure: Some links above are affiliate links, at no extra cost to you, we earn a small commission if you make a booking.