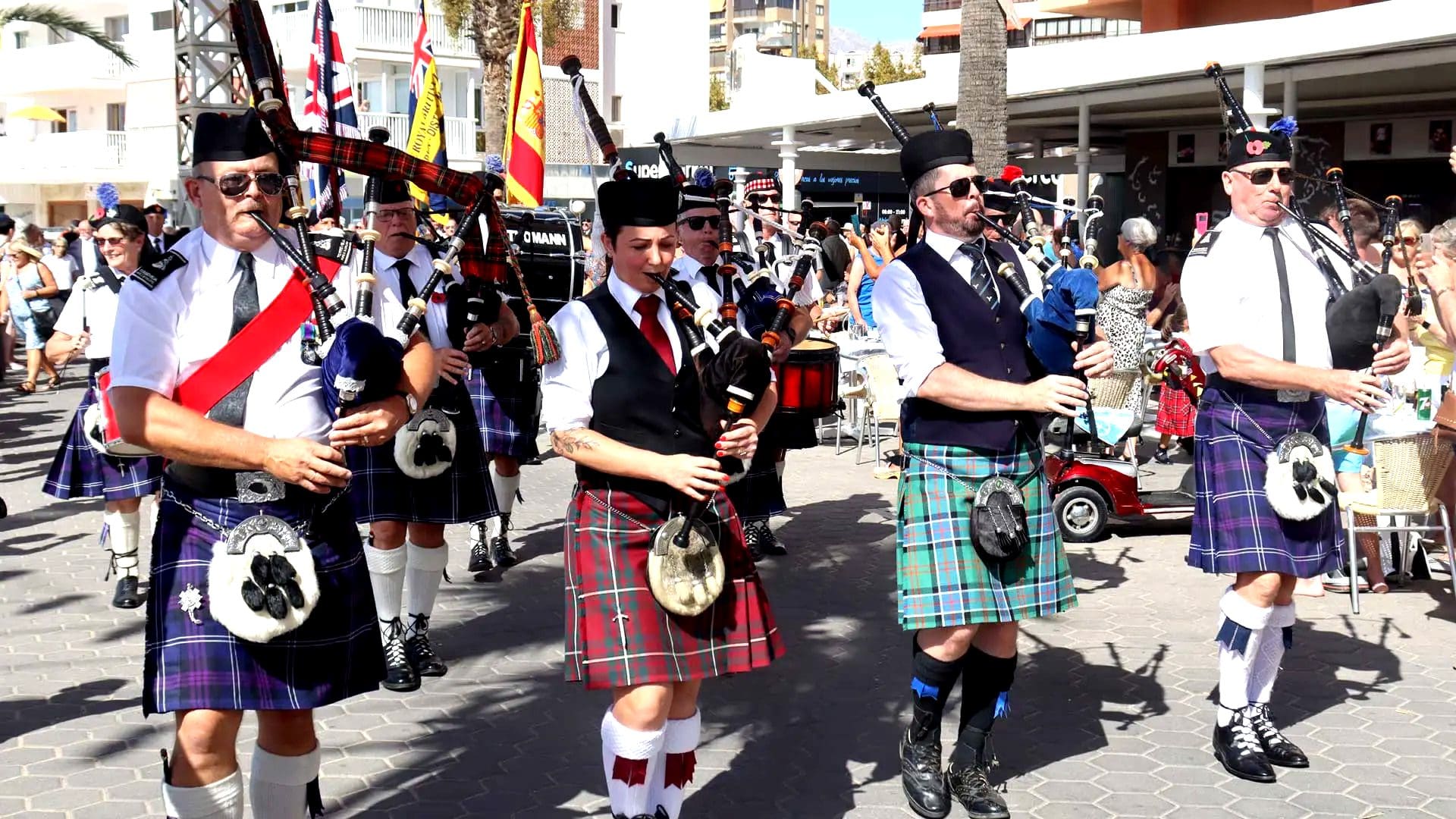 The sound of bagpipes resonated in Benidorm last Saturday when Royal British Legion launched its 2022 appeal, which received full support from the city’s Mayor, Toni Pérez.

Pérez, above, led the dignitaries and in a speech, he passed on his congratulations on behalf of the city to the RBL.

It is our duty to always honour those who fought for peace.

Pérez had attended last year’s appeal in Benidorm, saying how delighted he was to host Poppy Appeal once again and he highlighted the multicultural and multinational make-up of the city.

He described the Royal British Legion “as a role model” and vowed that the organisation could always count on the support and encouragement of his council.

He was then presented with an RBL plaque by then Chair Don Cubbon, on behalf of the RBL in Spain.

Other official guests at this year’s launch included Captain Stephen McGlory, Defence Attache at the British Embassy in Madrid and the British Consul for Alicante Province, Sara-Jane Morris.

A two minutes silence was observed after the sounding of the Last Post by RBL district bugler, Mark Benson. That was followed by the playing of the British and Spanish national anthems by the RBL Concert Band.

In a newsletter published ahead of the launch, Jack Kemp, the newly-appointed Chair of the Royal British Legion, Spain District North, said:

I would like to start by thanking Toni Pérez, the Mayor of Benidorm. Without his support today’s Poppy Appeal in Benidorm ceremony could not take place, so many thanks to Toni and indeed to the people of Benidorm.

Kemp said that during his time in the Royal British Legion he had been fortunate to hold various positions and appointments.

Undoubtedly the two most satisfying were becoming a District Caseworker and acting as Alicante Branch and the District Poppy Appeal Organiser: both are inextricably linked to the Poppy
Appeal Launch.

He emphasised that all of the donations received in Spain remain in Spain to provide support and assistance to hundreds of beneficiaries in his local district, and he appealed to people to consider joining the Legion.

Kemp concluded by saying that the Legion is “very close” to forming a new Branch in Madrid which will be a huge boost to Veterans and Expats living in the Madrid area who have been thinking about joining the Legion.

We may get a commission at no cost to you if you click on our links and make a purchase. Thank you in advance for your support.

Benidorm’s Indoor Market has all that your heart desires