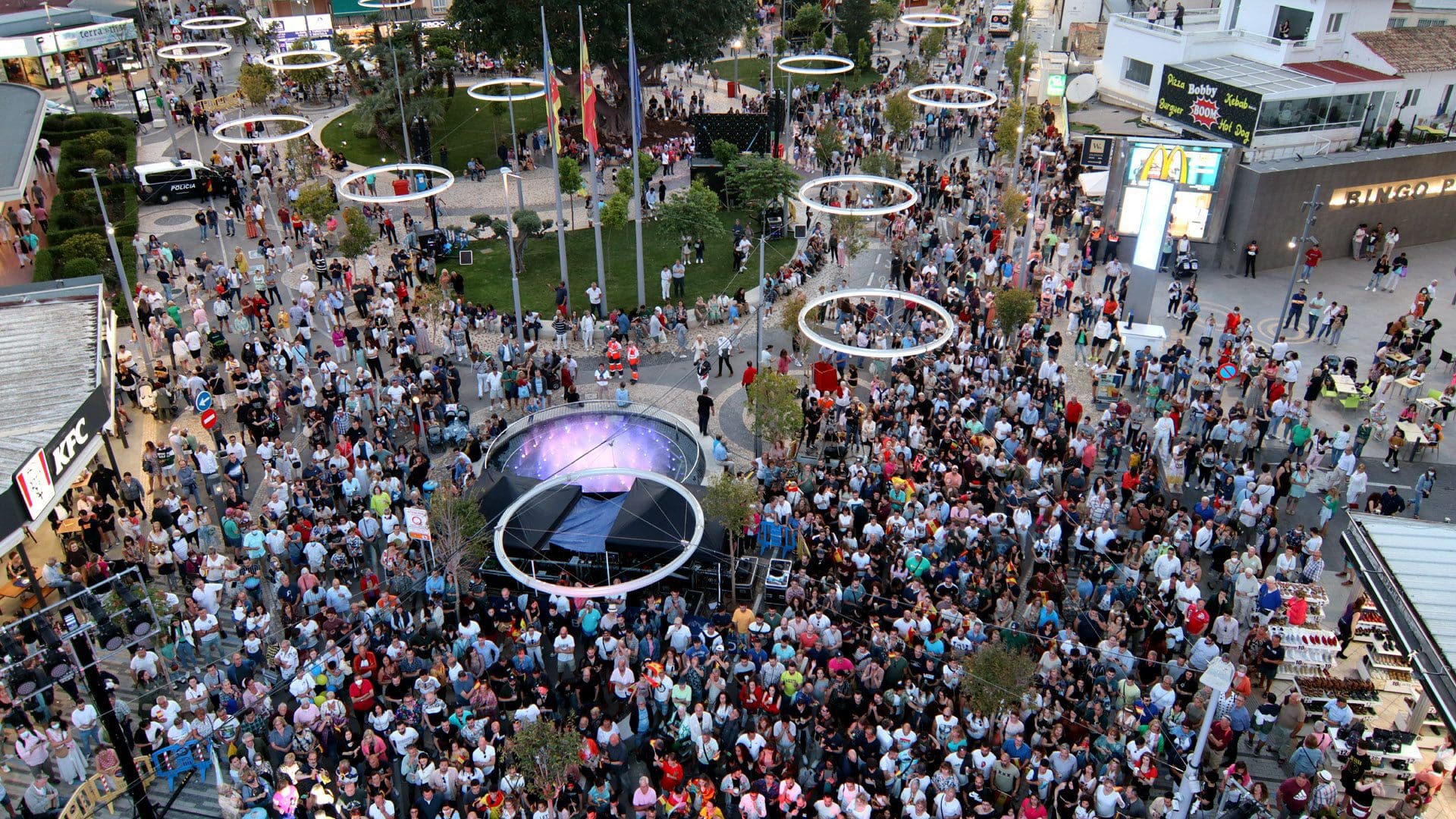 The Spanish representative’s performance in Turin was broadcast live last night in Benidorm, provoking Eurovision Fever. Eurovision fans turned out in their 1000s to enjoy a free afternoon-night party at the Plaza Triangular thanks to the City Council.

It’s all about Eurovision in Benidorm

A stage was set up at the base of the tecnohito, a tall, cylindrical structure that has been erected in the Plaza Triangular forming part of the revamped Avenida del Mediterráneo. With its 20-meter high and 264-square-meter ‘led’ screens, the ‘techno-milestone’ was a spectacular visual feature during the event.

At 10:00 p.m, the Spanish representative’s performance was one of the night’s most intense moments. Chanel electrified the audience as they sang and danced along to the song.

The mood intensified as voting began

As the voting began, nervousness increased in the Plaza de la Hispanidad, where, with flags in the air, the public cheered and celebrated each of the 12 points that Spain received from the technical jury of several of the participating countries.

Live transmission of the Spanish jury votes took place on Poniente beach, showcasing the resort to the world.

Finally, the European public vote confirmed the third position for Spain, behind Ukraine and the United Kingdom. SloMo and Chanel were the highest-ranked Spanish contestants in almost three decades.

Benidorm Town Hall is already planning for the second Benidorm Fest, which will take place early next year. The 2023 contestant will be chosen at this event.

As an online travel service, Benidorm Travel Mart helps you build your own holiday by providing access to a wide range of cheap flights, hotels, and airport transfers.

Our search engine can compare hotels from all major booking companies, including Expedia, Booking.com, and Hotels.com, and help you find the best available deal.

There are no hidden charges or fees to worry about.

You’ll find lots of information about Benidorm on our site, including where to eat, the best nightlife and the many daytime activities Benidorm has to offer.

Benidorm Bull Ring to get facelift

Why the Costa Blanca attracts rock climbers from across the globe