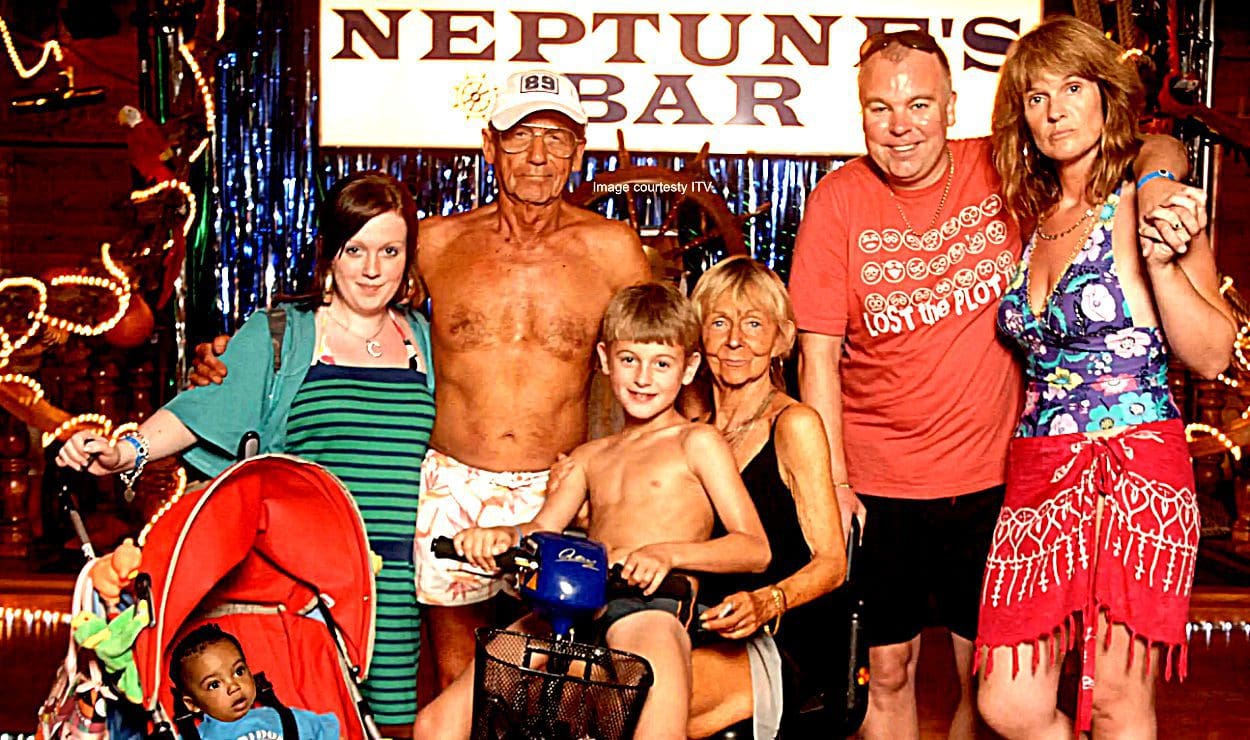 Organisers of a reunion of cast members of ITV's Benidorm sitcom report a boom in sales for the November event.

Latest posts on Instagram indicate that there is a big demand for accommodation in Benidorm for BeniCom, a three-day celebration of the ITV series due to take place from November 18—and that virtually the entire Garvey family will be present for the cast reunion.

The host of the event reported:

Hopefully, glasses will be raised in the famous Neptune’s bar in memory of actor Geoffrey Hutchings, above, who died in 2010, and Kenny Ireland, who lost his battle with cancer in 2014. Hutchings first appeared in the second series as Mel Harvey, Madge‘s fiancé. Ireland played Donald Stewart in the series.

Weekend passes for BeniCon start from £95 and are available here.

As we reported last month, Sheila Reid, 84, who played Madge Harvey, has confirmed her place at BeniCon.

More announcements will be made as cast members confirm availability.

Fans will be given an opportunity to chat with cast members and the film crew. There will be quizzes, best costume awards for those dressing up as their favourite Benidorm characters, themed bars and location hunts.

Ticket holders will also be given the opportunity to sing karaoke in the sitcom’s Neptune bar.

There will also be trips to locations such as Benidorm Island—known as Peacock or Pirate Island, though there aren’t any there—and the Algar Waterfalls that were featured in the show.

The climax of the weekend will be the star-studded Gala Reunion Show at the Benidorm Palace.

If you’re looking to travel to see the Benidorm cast in Benidorm booking.com have some great offers at the moment, or visit our hotel deals page to start your search.

One of the most important things about booking.com is that you get a fair deal: All prices are set well below the going rate and you can be sure that you won’t be overcharged or ripped off. Another advantage of booking.com is that you can search for accommodation by location and price range, so you can find the perfect place for you and your budget. You can also make use of their handy filters and advanced search options to narrow down your search even further.

As an online travel service, Benidorm Travel Mart helps you build your own holiday by providing access to a wide range of cheap flights | hotels | airport transfers | car hire | activities.

We may get a commission at no cost to you if you click on our links and make a purchase. Thank you for your support.

Beachfront eyesore may soon be a thing of the past