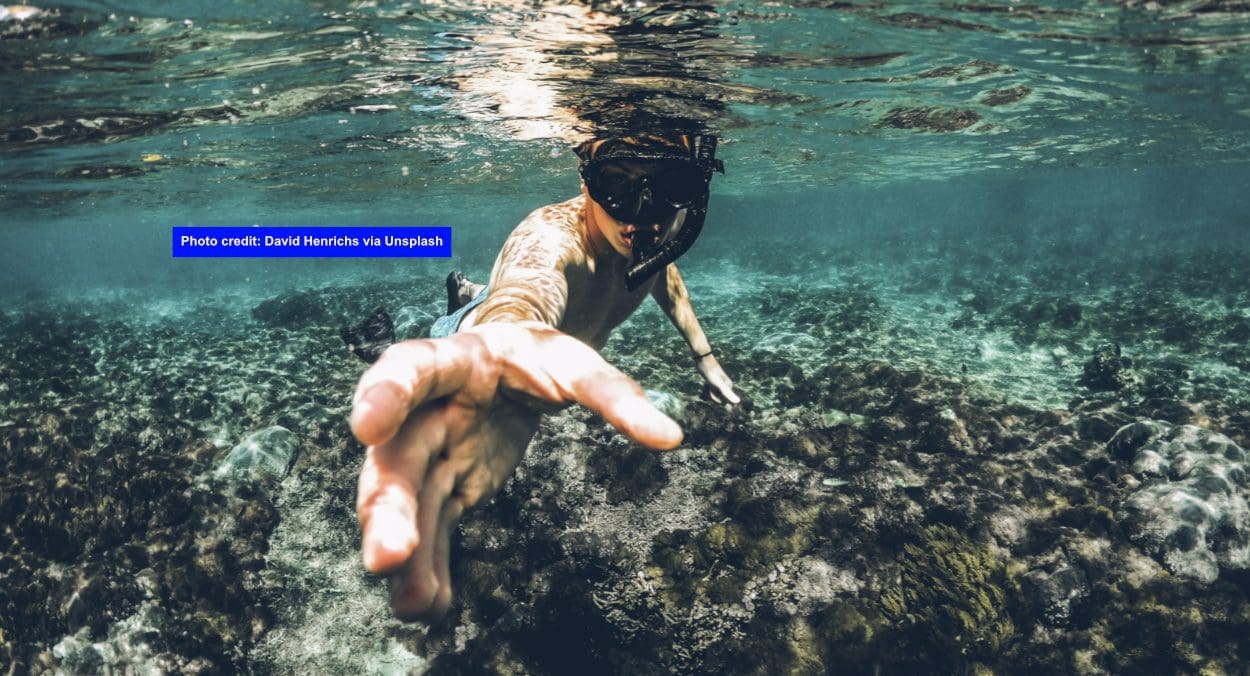 Scuba divers and snorkelers from all over the globe use the rock to access a fantastic world of Mediterranean flora and fauna.

If your dream is to get up real close and personal to exotic marine life, including octopuses and moray eels, the place to head for is the rock that’s a short boat-ride away the centre of Benidorm.

The small island—​​only around seven hectares—is home only to birds such as seagulls and peregrine falcons.

Oh, and a restaurant called L’illa that specialises in rice dishes.

But in the clear blue waters around this rock, a wealth of marine life abounds and people come from far and wide to scuba dive and snorkel in the vicinity.

We learned from the Spanish site Viajes that about 300 meters to the south of the island there is a diving area called Bajo de la Llosa. It’s 30 meters deep and home to a variety of exotic sea creatures.

So, how to you get there?

Viajes recommends a company called Excursiones Marítimas Benidorm, which has boats that make the two-and-a-half nautical mile journey hourly from 10 am to 4 pm. You can buy tickets from Benidorm Top Trips at the indoor market.

Once on the island, visitors are offered free journeys on board the glass-bottomed Aquario or Aquascope boats, which offer fantastic views of the sea life around the island.

Tickets, ranging in price from 12 to 18 euros can be bought online here.

The island has several names

Most people in Benidorm call the rock “Bird Island,” but Viajes informs us that it’s is also called “Pirate Island” and “The Island of Journalists.”

The former derives from the fact that it was once used as a settlement by pirates who attacked the towns along the coast.

The latter came into use in 1970 when the Federation of Press Associations of Spain sponsored the island.

Viajes also reveals that it was used as a refuge for families fleeing the cholera epidemic of 1834 that affected Benidorm and nearby Villajoyosa.

Bag a bargain, plus a taste of Spanish food and culture, at Benidorm’s fabulous antique market

Reaching for the sky: all you need to...

Terrific news: Benidorm is getting back to pre-pandemic...