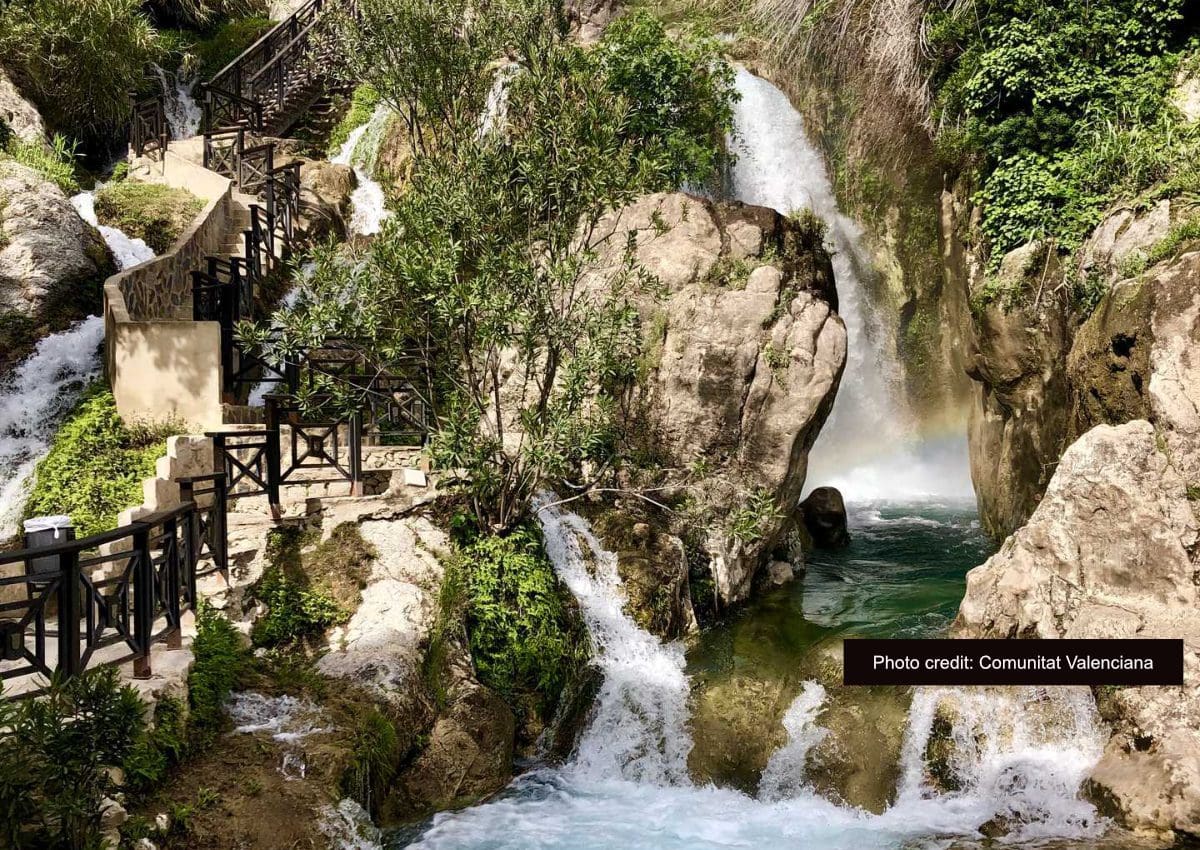 Exercise caution when visiting this stunning beauty spot near Benidorm

Four people have drowned at Fonts de l'Algar, 15km from Benidorm, in the past few weeks.

Just 15km from Benidorm and 3km from the centre of Callosa d’en Sarrià, Fonts d’Algar is a beauty spot where nature is at its finest. However local authorities are concerned that people are ignoring warning signs and in recent months four people have died at this renowned “paradise.”

The latest to drown was a 25-year-old British man identified as Paul Lebihan who was reportedly trying to save his dog.

According to this Sun report he was was pulled unconscious from water near a famous waterfall close to the Fuentes del Algar earlier this month.

The latest tragedy in the area takes the death toll this year at the same spot to four.

Two people including a guide were killed on April 8 after being swept away by the current after heavy rains.

On April 17 a hiker drowned after falling down the waterfall.

One police source said, “he was swimming and was swept away by the current.”

The alarm was sounded around 6pm and a helicopter with firefighters, police and paramedics mobilised as part of the emergency response.

Witnesses reportedly tried to save him by performing CPR on him before professionals arrived to take over but he was pronounced dead at the scene.

Visitors who want to do more than just swim around in the rock pools below the waterfalls are advised to bring hiking boots to negotiate the hills and walkways around the Bolulla and Algar Rivers.

The Bolulla waterfall, around a 15-minute hike north of the Algar Waterfalls, is a 65-feet cascade at the end of a ravine.

What we have seen here are examples of rashness. The river has become swollen with heavy rains and people have gone in despite that and we can’t control everything they do.

He also flagged up the fact some visitors were ignoring signs warning them to take care.

Speaking before the latest tragedy, he said:

In the two accidents where three people died the same thing happened. They fell in the area where the Bolulla waterfall is and there’s a sort of turbine effect there and the people who fall get trapped in the water.

Equipped with tourist services, Fonts d’Algar was declared a Protected Water Area in 2002.

The importance of water

The Comunitat Valenciana website, which has stunning photos of Fonts d’Algar, described the spot as a “paradise” and an “oasis” that will show you the importance of water as an ecological, economic and cultural resource.

During your visit, you can walk 1.5km along the banks of the river Algar, which in Arabic means “cave”. The pathway will immerse you in a landscape that is the result of the karst process on the limestone, composed of spectacular waterfalls, springs and sources that bubble up out of the rock, as well as the “tolls”, pools where you can take refreshing dips in the pure and crystalline waters.

In the past, Fonts de l’Algar was considered a ‘fountain of health’. Fonts de l’Algar also has different hiking trails you can walk with all the family. One such trail is camino al Fort de Bèrnia, in which you’ll come across old terraces, a cave and a farmyard for cattle. Along the way you’ll find information panels telling you about the local area. The trail also affords incredible views over the Calp coast and the sierras of Aitana y Xordà. Come to Fonts de l’Algar and discover a magical landscape.

The cheapest flight and hotel prices on the web

• Disclosure: Some links above are affiliate links, at no extra cost to you, we earn a small commission if you make a booking.

Stay close to the Benidorm beaches that suit you best

Terrific news: Benidorm is getting back to pre-pandemic tourism levels