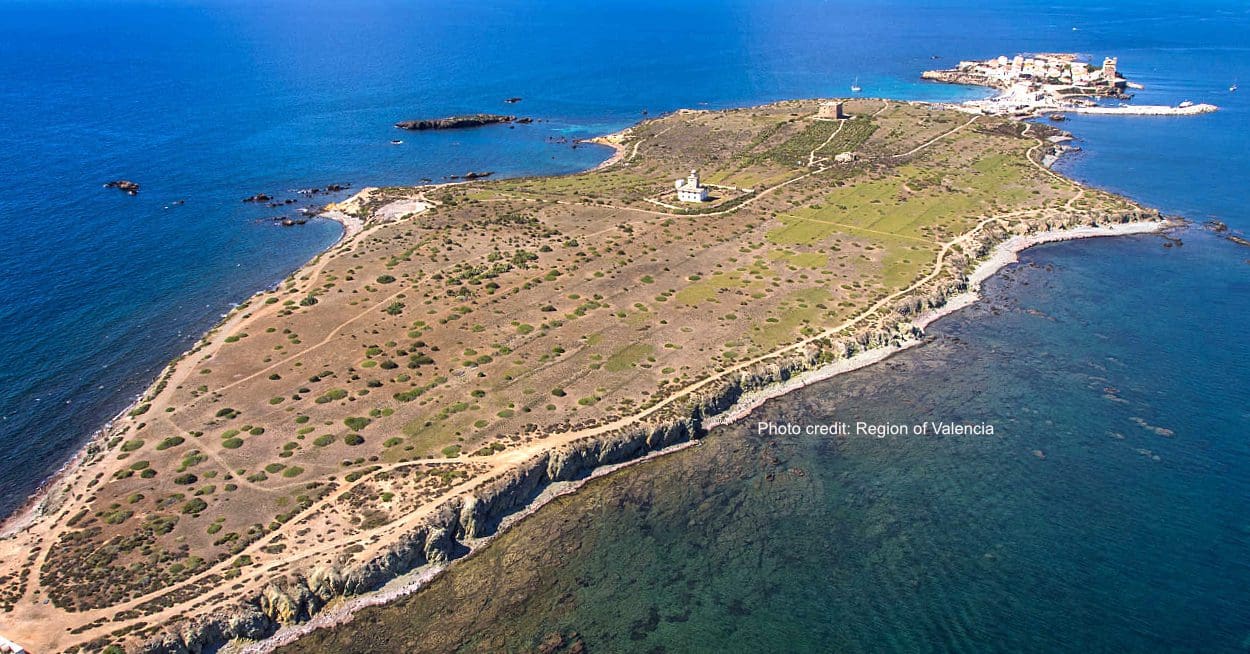 Treat yourselves to a trip to Spain’s least populated island

Tabarca has only 50 inhabitants, a fascinating history and amazing marine life.

Tabarca is situated about five kilometers from Santa Pola and 13 kilometres from the city of Alicante, the municipality to which it belongs.

It is two kilometers long and about 400 meters wide. There is a path going around the island which allows visitors to get to know the place and view the coastal landscape as well as track the movements of marine birds.

The island’s clear waters, abundant flora and fauna, and colourful sea floor—highly rated by divers—were determining factors when it was declared a Marine Reserve in 1986.

There is a ferry service to the island from the port of Santa Pola and also from Alicante harbour and Benidorm.

Santa Pola is a town settled over the ruins of a Roman village called Portus Ilicitanus (literally, Harbour of Elche).

Tabarca is 1,800 meters long and 400 meters wide, which allows one to walk from one end to the other.

Evidence has been discovered that it was populated during Roman times, although it is known for being a refuge for Muslim pirates who arrived from North Africa. These attacked Christian ships or carried out incursions on the coast. As a consequence, King Carlos III ordered the fortification of the island in 1760.

What to see in Tabarca

Before reaching the island from the sea the first thing you see are tits fortified walls and the Baroque church of San Pedro y San Pablo, which was built in 1779. The church has two square towers that act as bell towers.

Added to this is the Governor’s House, now converted into a hotel and the Llop Marí Caves, one of the most dramatic features of Tabarca.

This area comprises a series of cliffs overlooking a deep well of emerald green water that crashes against the rocks and laps up against several massive caves. There is a small beach down below and a sandy area where you relax and swim.

Other not-to-be missed features are the Nueva Tabarca museum, a 19th-century lighthouse, and the highly-rated Amparin Restaurant.

The island is surrounded by spectacular turquoise waters ideal for snorkeling or diving, as is the tiny “Pirate island” that’s much closer to Benidorm

How to reach the island

The closest town to Tabarca is Santa Pola, from where ferries leave and reach the island in just 25 minutes. It can also be accessed from Alicante. The return ferry trip from Alicante costs €21.00 (you can book tickets online here) and from Santa Pola (€15 euros) here.

You can also book an excursion from the port of Benidorm to Tabarca and Alicante for €35 per adult here.

Benidorm chosen again as the launchpad for Eurovision 2023

Reaching for the sky: all you need to...

Terrific news: Benidorm is getting back to pre-pandemic...